6 Fundraising Trends That Are Redefining the Charity Experience 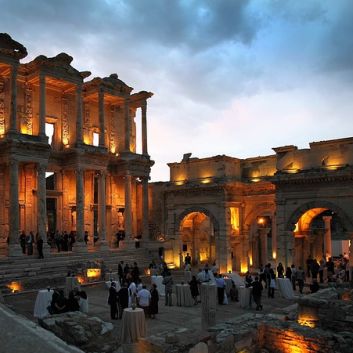 6 Fundraising Trends That Are Redefining the Charity Experience

Fundraising has long been at the heart of a civil society, and the fundraising experience defines whether it works or not.

Now in the 21st century, fundraising is being redefined by both new technology and the pursuit of old fashioned relational and personal connections. But of course, they can make uneasy bedfellows, and may sometimes pull in different directions (though this doesn’t always have to be the case).

Meanwhile donors are seeking greater value and feelings of worth when giving to a good cause, yet they are challenged at every level to get this additional value and worth.

How to continue mass participation and engagement, while delivering the same personalised experience provided to the highest value donors, are where the charity sector is searching for solutions.

Here are 6 trends that are defining that new relationship between charity and donor, technology and real life relationships.

1. The redefining of community and belonging

The human need to belong in the wider community is a powerful emotional instinct.

Communities were bonded by local experiences, and the sharing of their experiences through stories. Some of the great charitable institutions in the UK and across the world were founded by a powerful experience of people locally identifying a need, and addressing it through philanthropy and fundraising.

For hundreds of years, these good acts were driven almost exclusively by volunteers. In the 20th century, we found ourselves driving through efficiencies with a more centralised approach, and at the same time trying desperately to retain a sense of community through localisation and belonging.

Large charities who were able to scale their operation often struggled to retain such a local connection, despite the often loyal and committed band of traditional supporters who were behind them, almost from birth to the grave.

But during this time, finding and reaching new people in new communities to deliver a sense of belonging became increasingly challenging.

However, in the last few years we have seen a resurgence in community fundraising, a positive trend for both charities and their supporters that I can only see continuing to grow.

2. Value and trust are the new currency

In the past, donors and supporters of many charities trusted their local organisations largely because they knew the people involved and they could feel and see the results.

As they scaled, this became increasingly difficult to maintain. There emerged in the UK a sense that this disconnection somehow didn’t matter, as there was still a belief in the good that was being delivered by charities.

Donor’s remoteness and lack of understanding as to how a modern charity works was allowed to flourish; charities moved in one direction, developing new techniques and ways to scale, whilst the vast majority of people kept the same views of how charities operated, unaware of any changes.

Alongside this, donors started to question what value they receive for their donations. Stories of executive pay came as a shock to many supporters.

This rocked the confidence of the many unquestioning donors.

We have also seen an increasing shift in the way that people who make contributions seek to gain personal value. For many, giving is in itself enough, but there is a growing trend to want to see a further benefit.

The rediscovery of some lotteries for instance, or benefits received through giving. For charities seeking new propositions, they are also exploring new value exchanges.

This trend will begin to accelerate as we seek to identify new ways to reconnect with supporters and the public, and show tangible value to donors who want it.

Even throughout the 20th century, charity growth was being driven by technology. Direct marketing was able to achieve the scale and reach required to deliver significant levels of income.

For 30 or 40 years, the use of the telephone allowed charities to talk directly to many more supporters. Television advertising as well as radio, billboard advertising, door drops, and all other means of mass marketing has shown technology has been central to this growth.

But it is the advent of the digital age that is transforming a new era of charitable giving, with online fundraising continuing to increase on mobile technology. Research conducted by Dunham + Company shows that in 2015, 93% of donors said they used a smartphone or table to make a donation to a charity. This study also shows it isn’t just millennials that are donating using mobile technology, but all age ranges including those that are 66 and over.

With this research in mind charities need to think not only ‘digital’ but ‘mobile’ too. Although our increased use of mobile technology means we are able to complete more complex actions, when it comes to donations, donors want a quick and easy experience.

Charities need to look at the mobile journey a donor takes and see how they can make this as easy and pain-free as possible. A simpler journey will see an increase in donations, as complex processes will stop potential donors at the very start of their donation journey.

4. Personal and scale are not mutually exclusive

In marketing the phrase ‘segmentation’ is used to identify groups of like-minded supporters who behave in like-minded ways.

The purpose of this is to fundraise at scale, but in a way that still feels personal.

A famous fundraiser I once knew described this as segmentation of one. That’s our goal, the ‘Personal’.

Mass marketing and mass participation should have no excuse for a lack of personal care and contact.

Increasingly, donors want to feel that they have a personal connection or relationship with the organisation and that they see the person as a whole. Increasingly charities will need the processes and systems that see the donor in the round – the hallowed ‘single customer view’ or ‘360 view’.

The trends that will drive this will be two-fold.

The first will be the systems needed to support scale and complexity – systems like next-generation CRMs, marketing automation software and big-data analytics.

The second will be a pursuit to find and hire individuals who are passionately driven by the quest to see the highest quality personal contact delivered to every donor.

The trend will succeed if we blend systems, processes, attitude and will together.

5. We must speak the language of our supporters

Attend any fundraising conference organised for each particular discipline and technique within a charity, and you will be forgiven for thinking this is the only thing on people’s minds.

Labelling fundraising departments through these various disciplines – legacies, community, corporate etc, have created a world where we focus on maximising the impact of the technique ahead of the needs of the donor.

We have developed in many cases an industrialised version of charity, with specialist departments that don’t communicate well enough with their actual supporters, in a language they recognise.

The good part of this is that today the scale of impact of those charities is truly awesome.

The downside is that we have allowed technique and specialisation to be the dominant language.

Smaller local charities often suffer from a lack of process and investment in the appropriate technology and systems they need to grow, but they often pride themselves in being more relational.

We need to get the balance right and always put the donor ahead of the technique or specialisation of a particular department, and speak to them on their terms.

6. Joined up and together is not a luxury

The final trend that will redefine fundraising is the bringing together of organisational wings, factions, disciplines and tribes to deliver a more integrated and joined up relationship with the very people who are funding them.

Internal tribes working against each other undermine their cause, their colleagues, and worst of all the supporters who make it all possible.

We are watching in many cases a blending together of the fundraising departments with the marketing and communications functions.

This allows an organisation to speak with much more clarity and with one voice.

However, there is a real tension that exists that needs to be addressed. A speaker at a conference I attended once said that no charity was ever built by brand; fundraising built the charity.

As a passionate advocate of fundraising I believe this to be true, but there is an opportunity to develop a third way; a more sophisticated charity lead by an emotionally driven, cause-focused engagement strategy that builds a strong brand and connection to their audience, and where fundraising is naturally at the heart of the organisation.

This trend will fundamentally redefine charities if you get it right.

The rate of change in charitable fundraising continues apace, and those who don’t (or can’t) embrace new technology, trends and ways of working will ultimately not just suffer as an organisation, but will be left less able to support the cause they care about most.

Are you ready to improve your charity's fundraising game? We are here to help!

For a full list of courses, please visit www.fitzwilliaminstitute.ie