What is the most in-demand role in tech? 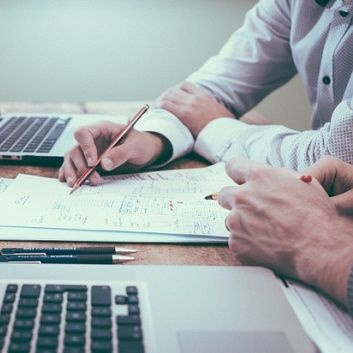 What is the most in-demand role in tech?

Interested in working in tech, but not sure what you want to do? A recent survey from Paysa may help you make your choice of tech jobs.

The world of tech offers many attractive employment opportunities. Near constant growth and innovation ensure that careers in tech are built for longevity, and tech jobs – with high salaries and numerous perks – are always on offer.

As a result, many workers set their sights on a career in tech, often targeting some specific household names, such as Facebook, Google or Apple. This, naturally enough, means following a carefully planned path. But what path should that be? What skills should prospective tech employees be developing, and what languages should they be learning? What level of experience should they be amassing? What end-goal role should they have in mind?

These are the questions that personalised career platform Paysa sought to answer when it undertook its recent extensive study of the sector.

Analysing more than 8,200 job postings, and more than 70,000 resumes, the company aimed to figure out who’s hiring, and what skills are most in demand at some of the leading tech companies.

The most in-demand jobs at Tech Disruptors and Titans

According to the data, tech disruptors and titans most want to hire software engineers. In fact, this job title was the most sought-after position for almost every company analyzed, including Airbnb, Facebook, Snap Inc., Twitter, Uber, Amazon, Apple, Google, and Oracle. The notable exception was Microsoft, which had slightly more openings for product experts and advisers.

Two other technology titles in high demand were data analysts and data scientists. Four out of the five tech disruptors and three of the titans we analyzed most often posted position openings for these types of jobs.

Skills in Demand at Tech Disruptors

So what are startup successes looking for in their candidates?

Computer science skills were in the highest demand, followed by infrastructure, management, and analysis. Specific coding languages most often mentioned in job requirements included Java, C and Phyton – all three of which made Inc.’s recent list of the most popular in-demand coding languages.

How do tech titans measure up? Are the companies looking for the same skill sets as their upstart counterparts?

It turns out the answer is yes. Computer science skills topped the titan list, as well. Management was No. 2, and software development ranked third.

Increase Your Odds of Landing the Job

Hope to land a job with an established tech giant or a fast-growing startup? The good news is there are plenty of jobs out there for entry-level workers and even those without degrees.

The even better news is that you can use the above data to increase your marketability. Thinking about upskillin? Data Analytics, Java Programming, Oracle Programming, C and Computer Science are your best bets.