Twitter is testing a subscription-style ad program. See how much it costs 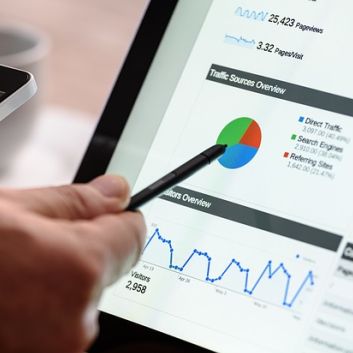 Twitter is testing a subscription-style ad program. See how much it costs

For a monthly fee, Twitter would promote up to 10 tweets a day in addition to running month-long Promoted Account ads.

With its ad revenue in decline, Twitter needs to explore ways to boost its business. And it really is.

Twitter is testing a subscription-style ad program that would have businesses pay $99 a month for their accounts and some of their tweets to be automatically promoted on the social network.

The invite-only Twitter Subscription Ads Beta Program appears to be aimed at smaller advertisers that use Twitter’s self-serve ad-buying tools but may be interested in handing over the reins to Twitter in order to focus on managing the rest of their businesses. It could also appeal to individuals looking to grow their Twitter followings.

“Instead of creating and optimizing separate Twitter Ads campaigns yourself, this program will do the heavy lifting. You just need to continue using Twitter as you normally do — Tweeting updates, links, and media that you want a larger audience to see. Then, the promotion of your Tweets will be automated,” according to a page published to Twitter’s business site detailing the program.

In exchange for the monthly $99 fee, Twitter will run Promoted Account ads for the participating account throughout the month. It will also run “up to” the first 10 tweets the account posts each day as Promoted Tweets (retweets, quote tweets and replies not included).

The “set it and forget it” nature of the subscription-based ad program comes with significant trade-offs. For example, “not every Tweet that is added to your Promoted Tweet campaign will serve an impression, and the extent each Tweet is promoted may vary based on performance,” according to Twitter.

Advertisers also cannot pick which tweets are promoted by Twitter and have little control over to whom those ads are shown. During the testing phase Twitter is only offering two types of targeting: businesses can pick to have their ads targeted based on a single interest category like sports, parenting or beauty; or can target based on a U.S. metro area like Los Angeles, Atlanta and New York. But this is an either-or proposition; businesses cannot pick an interest category and a metro area. “We are unable to support both targeting criteria at this time,” according to Twitter, without any explanation why that would be.

There’s another potential deal breaker for marketers — any account that signs up for this subscription-style ad program will lose its access to Twitter’s normal ad platform. “In order to participate in this private beta program your previous ads account will no longer be accessible,” according to Twitter.