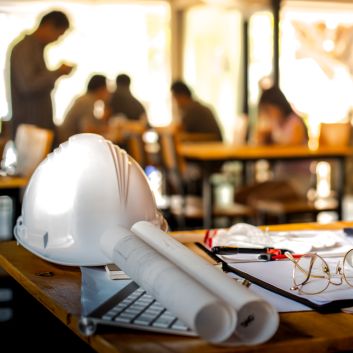 Construction activity accelerated in May, with firms reporting sharp increases in new business and further job creation during the month, according to the Ulster Bank purchasing managers’ index for the sector.

Respondents to the survey reported “particular strength” in housing, where activity expanded at the second-fastest rate in the survey’s 17-year history. The rise comes amid pressure on the Government to do more to alleviate shortages of affordable housing in Ireland.

Overall, the seasonally adjusted Ulster Bank construction index rose to a 15-month high of 63.6 in May, up from 61.3 in April, and moved further above the 50 level that indicates the sector is expanding.

Construction activity has now risen in each of the past 45 months, as market conditions have steadily improved.

“Strong market demand for the services of construction firms was very much evident in further substantial increases in new orders,” Mr Barry said.

New business has now risen on a monthly basis for almost four years, as the sector continued to plot its path out of the post-bubble crash and the prolonged period of recession that followed.

“The buoyancy of activity and new business trends remains a very important driver of job creation and input buying in construction, with growth in both categories again at elevated rates,” Mr Barry said.

More than a quarter of respondents took on extra staff during the month, while survey respondents remained “strongly optimistic” about the year ahead.

Some 55 per cent forecast further rises in activity over the coming year, with just 3 per cent expecting a fall.

Such is the pace of increase across the market as a whole, there were reports that suppliers are struggling to keep up with demand for their materials. Delivery times have lengthened to the greatest extent in almost four years, Ulster Bank said.

Housing construction surged during the month, with this sub-sector recording an index reading of 69.2, the highest of the three sectors. Commercial activity saw “substantial” expansion, with a reading of 65.2.

Civil engineering continued to lag behind, but also edged higher in May to a reading of 51.8.

The Government has been urged to make good on its “Rebuilding Ireland” strategy to construct new social and affordable units, as well as increase the supply of housing generally.

Critics of the Government say that while housebuilding activity is clearly increasing, it is not happening fast enough to ease the crisis.

Figures from the Department of the Environment suggest that almost 15,000 units were completed last year, up 18 per cent on 2015, although this number is likely to overstate the total as the data is taken from new ESB connections.

Celebrate industry's growth with one of the most in-demand qualifications! We are now accepting applications: