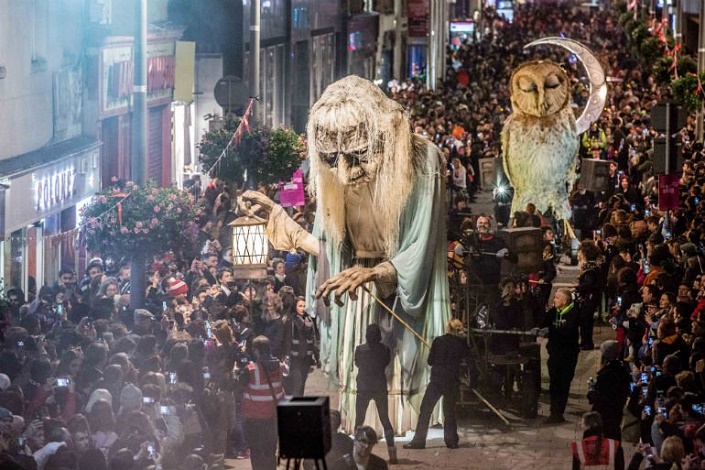 Now into its 6th Season, Bram Stoker Festival (Oct 27th -20th), has seen its programme explode with more dynamic, adventurous and interactive events over the October Bank Holiday Weekend with The Macnas Parade through the city streets its now unofficial crowning glory – so why not get involved and it could be you in the parade operating the images and bringing the festival to life? Other scares in store include Turning Vampire Mixtapes @ Vicar Street, We are Monsters @ D-Light Studios, the World Premiere of Whitby by Colin Dunne and the durational piece by one half of Junk Ensemble Tasting Blue not to mention the return of Stokerland at St Patricks Park ... ...Sink your Teeth into this festival – once you’ve caught the volunteering bug there’s no letting go!

Added Accessories:  If you can't volunteer over the weekend for 3 shifts why not just come on aboard and become part of the living and breathing creature that is Macnas – we are looking for volunteers to help on the day with bringing Macnas internationally famed creations and images to life – not may can say they were involved in bringing this spooky otherworldly event to the streets of Dublin during the witching hour. – [email protected]